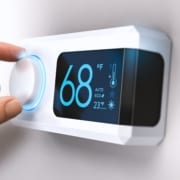 Swedish long-haul operator Abbekås Åkeri (Abekkas Haulage) has fitted a Hultsteins Ecogen system to one of their 25.25m refrigerated drawbar vehicles which, says the company, is expected to extend the working life of the two diesel fridges, while at the same time making significant cuts in fuel consumption and harmful emissions.

Abbekås Åkeri operate 50 Scania and Volvo temperature-controlled vehicles and drawbar trailers, carrying mostly food products from Malmo in the south to Gothenburg and Stockholm in mid Sweden – making round trips of over 1,200kms every day.

“It was approaching the time to replace one of the Carrier Vector 1850 units because at 10 years old, the diesel engine was past its best. However, instead we opted to fit an Ecogen hybrid generator to the PTO on the Scania truck, which would provide electrical power to both fridge units and allow both engines to remain switched off for the entire 10-hour journey.”

From day one, the company reported a saving of 6-8 litres of diesel per hour, with the Carrier units running silently on the road and performing as normal. Also, given that each litre of diesel produces 2.68kgs of carbon, it was easy to calculate an approximate annual carbon saving approaching 50 tonnes.

Furthermore, based on information provided by Trafikverket, the Swedish Transport Administration, a vehicle of this specification – using one diesel engine instead of three – will also cut NOx and particulate emissions by 65% and 80% respectively.

“This is where environmental considerations and commercial efficiency meet,” says Mikael. “By retrofitting the Ecogen electric generator and effectively switching off the diesel fridge engines during transit, we not only save on fuel but also extend the life of each fridge by at least two years. All the while, cutting harmful emissions and making life better for our drivers and everybody around them.”

The 25.25m refrigerated drawbar combination is the longest standard road trailer in Europe and normally requires three diesel engines to drive the vehicle and cool each box. Using the Ecogen system, however, only one engine is used: The fridge unit on the truck can be independently operated and when the drawbar trailer is required, it simply plugs in to the suzy coupling for electrical power to drive the second fridge.

Although Hultsteins’ electric generation systems are widely used throughout Europe and have been available since the 1960s, this is the first to be retrofitted by Abbekås Åkeri. Hultsteins’ CEO, Börje Axelsson points to the simplicity and fast pay-back of the system:

“Ecogen can be retrofitted easily to any truck with a PTO (power take off) and will drive any type of conventional diesel fridge with electric standby, from any of the major manufacturers. Rather than intending to replace the existing refrigeration system, Ecogen works in tandem with the fridge unit to provide a cheaper and less harmful power source – generating a constant 400-volt, 3-phase electrical power to the same standard as the mains supply. With this typical application, operators can expect to extend the life of existing fridge units, while seeing a return on investment in under 15 months.”

Established in 1968, Abbekås Åkeri is a family business with its focus on the transport and storage of food. From its base in Staffanstorp and supported by extensive warehousing facilities, the company operates scheduled services in Stockholm, Västerås, Östergötland and Gothenburg with departures seven days a week.

Hultsteins is a family-owned company rooted in Sweden, that launched the first fossil-free hydraulic refrigeration unit in 1962. The company aims to offer optimal refrigerated transport technology that meets the most demanding customer requirements and to guarantee the same high standard of service and assistance. Today, Hultsteins manufactures hydraulic and electric refrigeration systems, in the UK and Sweden and all products are designed for external mounting on the vehicle to save cargo space. 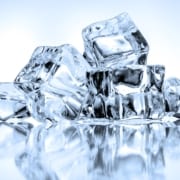 Hultsteins has long been known for fossil-free solutions for refrigerated truck transport. The company’s hydraulic-powered refrigeration units have given it a unique position in a market where diesel-driven units are increasingly being called into question.

In the UK, Cold Connect has held a similar position by offering sustainable refrigerated transport powered by electricity or hydraulics instead of diesel. The companies have previously worked closely together and now Hultsteins has acquired Cold Connect.

“The acquisition of Cold Connect gives us a solid foundation in a very interesting market. It also expands our technical knowledge about electricity and hybrid solutions, which means that we are well-equipped to meet future refrigerated transport requirements,” says Hultsteins’ CEO Börje Axelsson.

In the British market, Hultsteins will build on both companies’ innovative approaches to refrigerated transport.

“The integration of Cold Connect with Hultsteins was a natural step as the companies have many similarities, not least when it comes to smart solutions that are sustainable for both customers and the environment,” says Stephen Maile, CEO of Cold Connect.

As a result, magnetic flux technology is ideal for portable mobile generator applications where portability, robustness and ease of use can make all the difference on a job site.

RFL offers a range of standard engine couplings that can be interfaced with a vast variety of engine models, types and speeds. This allows genset manufacturers to easily incorporate the alternators in their existing designs to realise benefits such as a smaller footprint, efficiencies up to 95%, easier motor stating, and total harmonic distortion down to less than 3%.

Husqvarna is one company already taking advantage of the new RFL design to allow its genset users to run single- and three-phase machinery from the same generator.

Makinex Construction Products has also used the RFL alternator in a generator capable of providing separate, electrically isolated voltages from a single unit.